This is another busy week in which we experience a strange incursion into a relic of empire, get involved in an alien cult, meet a superboy, and suffer a cosmic cataclysm. 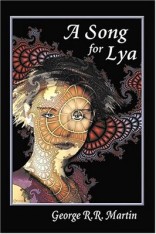 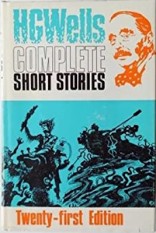 Somewhere in the western portions of what had been the Empire, after a freshly fallen Rome, a princeling and his devoted companion are partly estranged when an Eastern caravan arrives, carrying a woman with strange powers. The companion narrates how the princeling developed an immediate lust for the woman and how everyone around him thought well of her as she became his wife and bore him a son, except the companion, himself. When the sorceress goes off with only her child and a single guard, ostensibly to cure a village suffering from disease, he recollects tales of child disfigurement and sacrifice by Easterners and sneaks off to try to prevent any evil she may be up to. Things, naturally, do not turn out as intended by anyone.

This is a richly-told tale full of imaginative sensory descriptions and details. I particularly like its tragic nature. It’s a case of hamartia rather than the characters being black-hatted villains. Their virtues are their flaws. The stoic taciturn surface of people barely keeping lids on bubbling passions is also appealing and well-done. It might have been better told in third-person, though. All tales are inherently artificial and the third-person, often omniscient, narrative approach may be the most artificial of them all but it’s precisely that which allows it to recede into the background, because artifice is most natural within artifice. You can simply say, “Okay, so some omniscient being is telling me this story,” and forget about the mechanics of it. With this tale, you have to constantly wonder how such a man as the narrator could have such wide-ranging information, be so sensuous in his perceptions, and have such a prodigious memory even when, for example, he tells you things about a parchment which depicts many things, including “three figures, judges of the dead from Aegyptus, I would have thought, if I had thought about them…” It’s not that you can’t do a story in first person, obviously – compare the brilliantly done appropriate subjectivity of Charlie in “Flowers for Algernon” – but it’s actually a trickier thing to do and even the best authors sometimes unnecessarily strain credibility with it. Still, it’s a powerful and generally effective story with many appealing elements.

When I started doing these birthday reviews, I was actually looking forward to this long novella from Martin’s science fiction days coming up and re-reading it, but I just don’t feel like I have the time now. Suffice to say, this tale of a loving couple’s experiences with an alien religious cult tackles many powerful themes, including most of those touched on by Silverberg’s “Born with the Dead” (“death, love, marriage, boredom, obsession” – just not the boredom) and even more effectively. I recall it being a great story the first time through to my last re-read a few years ago (I guess) and vigorously recommend it.

When a worried teacher tells a psychiatrist that one of her students seems generally fine but has something a little off about him, the psychiatrist begins a slow process of earning the boy’s trust and finding out what he’s hiding. Since it’s the core of the story and revealed fairly early (and is clear even before officially revealed), it’s no spoiler to say that he’s a tremendously intelligent superboy who has to hide how far ahead he is of everyone else his age, though Shiras holds back a little related material for the end (though it’s given away in the story’s appearance in book form).

In terms of science fiction, this is another John W. Campbell discovery, as this was Shiras’ first sale but her story has a nearly fatal flaw in that there’s little story. You’d think a tale about a boy hiding something would be full of drama but there is only the essential existential conflict without any instances of foreground conflict or any reversals. This, in a way, is a similar treatment of what’s handled by van Vogt in Slan and other such stories and it’s arguably more sophisticated but, while the desire for plotting, conflict, and excitement may be unsophisticated, it’s a desire I won’t hide and this story would have benefited from more of all that. Still, the characterization of the boy, his guardian/grandmother, and the psychiatrist is very well done and the realization of the “super” motif and what it would be like for a person to live among “puppies” is excellent. Because it’s all on a relative scale, it also works in a literal way. When the boy complains that most adults don’t want to learn or understand anything about the world but only preserve their rote attitudes and behavior, it touches on much of what really governs our world.

In what must have been a very odd Christmas issue, Wells here tells Fritz Leiber’s big novel, The Wanderer (1964), in just a few pages as a rogue planet smashes into Neptune, creating a fiery mass which is called a “star” more in the etymological than astronomical sense. This is all very interesting, at least to some humans (and others) but becomes much more urgent when a mathematician calculates that the star will pass disastrously close to us or perhaps hit us directly in its fall toward the sun. This is all very excitingly told with much imagination and careful selection put into both the astronomical and human elements of the disaster. Some may find the ending turns the story into a sort of bad joke or may find it transforms it in an interesting way (or maybe even a bit of both) but the whole thing certainly makes an impression.