This isn’t actually a single haul or much of a “haul” even if it had been but, while I was reorganizing the site map slightly and moving the list of previous book haul posts, it occurred to me to add what I’ve gotten so far in this pretty slow year. First pic is of covers; next is of sideways spines. The last two are tangents. (They’re not all the prettiest books, but the words are all there.) 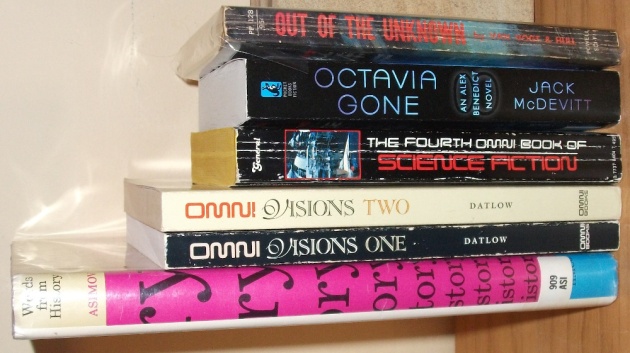 I don’t have all of van Vogt but, as I mention in the Bibliography: A. E. van Vogt post, Out of the Unknown now gives me at least all of “Phase I” van Vogt:

And the splurge of Datlow Omni anthologies was to finally complete those (the Book and Visions series are mostly reprints, while the middle, oddly titled, Best series is mostly original): 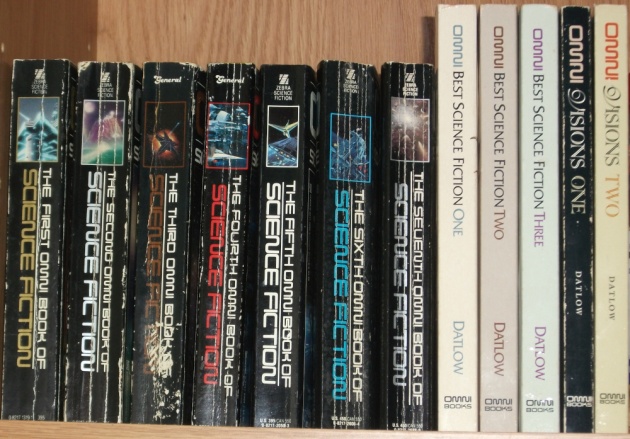